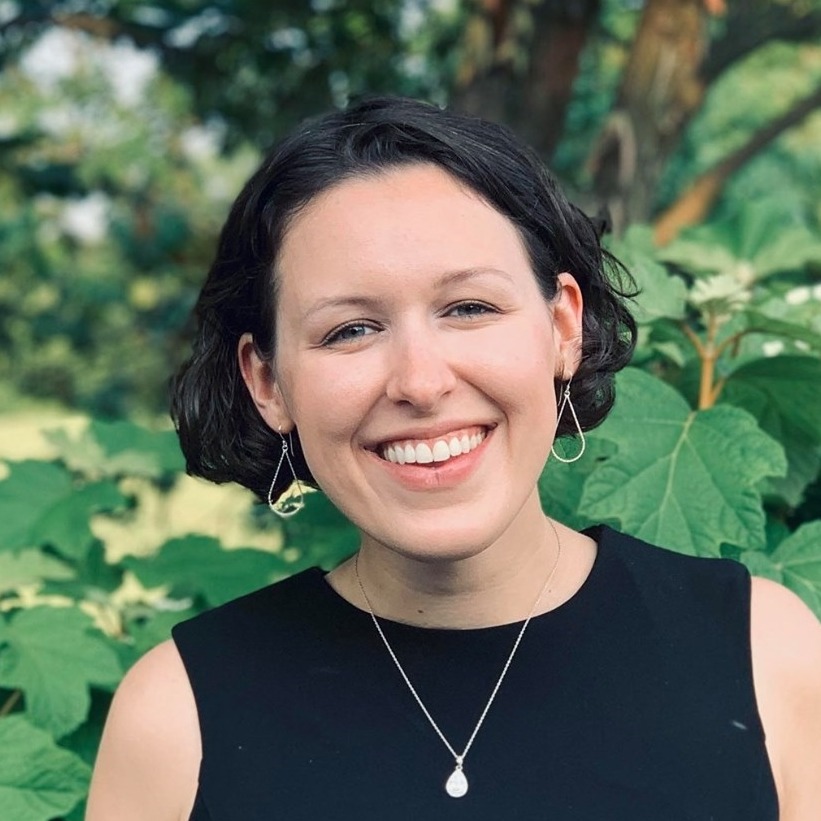 How to Market a Business Successfully in 2020

The secret sauce for a great marketing strategy starts with the story you tell about your business. Or at least that’s what Dan Schepleng of the Baltimore creative agency Kapowza told me when he stopped by the set of Next Level to talk about how to market a business.

⚡ Next Level is a video series for business owners who want to grow their business. To watch episodes, click here.

In his interview, Dan talked about the power of storytelling in a company’s marketing, the importance of a responsive website and which social media platforms your business should be utilizing.

Below is the transcript from our conversation. You can watch my full conversation with Dan here.

Samantha Androsky: I know you've been working in creative roles since you were a teenager. Can you tell me a little bit about how you help businesses tell their story?

Like if you're on Facebook, you're usually not there to see a company, you're not there to experience the brand's message or product features. We're just trying to do something interesting that gets attention in a good way and tells a story. It’s as simple as that. We try to figure out what story works for what brand or what we're trying to say for what brand and how we can best communicate that in an interesting way that gets people to listen.

S: Business owners sometimes will say that marketing is a “nice to have” versus a “must have.” What do you think about that? Is that true or just totally bogus?

D: I think everyone's doing marketing somehow. Tesla doesn't have an ad agency, but they got a crazy CEO that’s a celebrity, and he's tweeting all kinds of nonsense on Twitter. People are eating it up and, that's marketing, but he doesn't have an agency doing it.

You don't necessarily have to hire someone to do your marketing, but every company is marketing somehow. I think you need two things for business. You need to do something well, and you have to tell people about it. S: Something that caught my ear was when you said: you can do stuff or make stuff but if you're not telling people about it, they won't know. That’s where marketing comes in.

D: Yeah, somebody's got to know! It’s possible that your stuff is simply that good that people will find out about you, but you have to get it in the hands of somebody for them to see. Marketing is a broad definition. It's not just one single thing. It's not just Facebook ads or SEO. Everyone’s needs to tell their brand story somehow. You could be the best accounting firm in the world, but if nobody knows that you exist, what's the point?

S: Do you see businesses making mistakes in particular when it comes to marketing?

D: Yeah, I think the biggest one for me is when small companies, usually startups, do a huge logo project.

They spend a ton of money and a ton of effort, time and thought on their logo and how it looks. To me, the logo just has to not suck. It just needs to be good enough to get the brand across and not to be a detractor. The best example for me is Warby Parker. Their logo is basic - all caps and their typeface. It's the story behind the logo that makes the difference.

I would rather a new business or business owner spend a couple thousand bucks on a decent logo project and then the rest of the budget telling the story about that logo.

If you look at lists of the best logos, it's all brands that have done a great job telling their story. Like Nike. Their logo is kind of clunky, very 80s or 70s, but it's the story behind that logo that made it so good and why people love the swoosh.

You see the same thing with Apple. Sure, their logo is aesthetically pleasing, but we don't buy their products because we like how that logo looks. We like the story behind the logo.

So invest in your company’s story. Don’t think that having a decent website and logo are going to solve all your problems.

S: There's a lot of marketing advice out there for businesses. What advice would you give to a business owner who knows that they need to be doing more in their marketing? D: Become really good at one or two social media platforms. Find where your customers are, get good at that, and do that a lot. That's totally free. I think a big mistake a lot of people make is they say, “I'm going to have a Snapchat, Twitter, Instagram, Facebook, MySpace and Friendster!” They end up with all these profile pages and update them once a year.

You want to make sure you're not trying to sell fish to fishermen. You want to sell nets to fishermen. That means find a place where your customers are at and actually talk to them. Engage the online community. You can't just post content and expect people to be interested in what you're saying. You need to comment on things. And guess what? That’s free! All it takes is time, but luckily we can do it all from our phones.

I think a lot of businesses look at all the marketing platforms out there, and it gets daunting because there's so many of them. It's like dieting. There's a million different fad diets. The same thing with marketing. There's a million different platforms, which is great, but you have to pick one. Pick one and get really good at it and share a lot of content. That's what I wish more people would do.

S: Would you say for the most part, most businesses are using Facebook? Is Facebook necessarily the best for every business to be focused on in terms of their social media strategy?

D: I think Facebook is great. I just would ask, where are their customers? Now, Facebook has the widest demographic just about, but where do your customers like being talked to? Do they do they want to talk about accounting advice on Facebook or is that a LinkedIn conversation? Might be both! I know it's probably not a Snapchat conversation though.

S: In the realm of being found online, do you think that websites are as important now as they were five years ago? And are there any alternative ways for businesses that they can establish their digital footprint? I know we talked about social media already.

D: Yeah, social media is a big one. Websites are as important, if not more important today. I think there are certain businesses and industries where a website really doesn't matter. I don't think that Leonardo DiCaprio is getting hired off his website. But if you're not Leonardo DiCaprio, if you're everyone else, a website is a place of legitimacy.

If I'm going to hire a company, and they only have a Facebook page, I question that. Facebook's more of a communication medium than it is a storefront. Whether you're selling something on the site or not, it's all commerce. 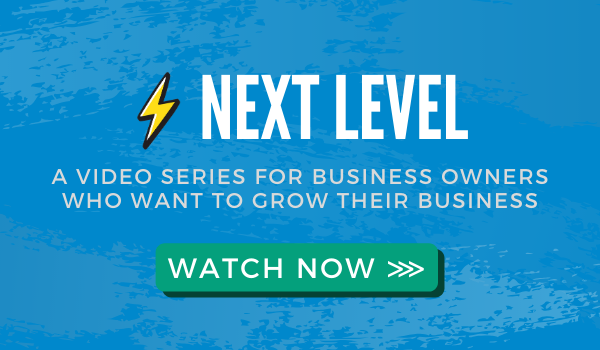 You also need a site that responds well to mobile viewing, and that is rather new. Sites that are any more than five years old, especially with new technology of screens and resolutions, are going to have responsiveness problems. I would say that the second most important thing, next to telling your brand story, is to have a responsive site.

I remember when I first started in marketing, we would look at the mobile traffic on a website and it would be about a third. Now, it’s double that. Most people are looking at stuff on their phone, so a mobile site is almost more important than a desktop site. Overall, a website is a great place to house content, for people to get to know you as a brand and offers a stamp of legitimacy.

S: And the good news is that most free website creators come with responsive designs.

S: The thing Squarespace especially that can come in handy is that it’s easy to update. If you have multiple people updating the website, it's not like one person has to be an expert in Squarespace.

D: We're trying to do less and less WordPress sites these days. Now we’re using something called Webflow, which is like a nice middle ground. It's for developers, but it's just nicer than WordPress. Still, if anyone ever asks us about making a cheap website, I send them the Squarespace. S: You help businesses a lot with their branding. Where do you find that businesses usually fall short when it comes to their brand messaging?

D: Not having a personality. I think the biggest thing that we worry about as companies and as brands is that if we are to for something, we will be not for something else. I think the best brands in the world have realized they can't make everyone happy.

Nike did that recently with the Colin Kaepernick ads. Not everyone was going to like that. They said: this is who we are. This is this is what matters to us. Everyone else be damned. It worked out for them. I just think that a lot of us are too afraid that we will offend or will alienate half of our audience, but you have to be for something.

You should make a choice in your brand's personality on who you want the brand to be. I think a lot of people tend to be so cautious and generic in their marketing because they're afraid they will end up in a Pepsi situation after that Kylie Jenner ad. That’s pretty rare. You have to be pretty tone deaf to not figure that something like that wouldn't work.

Just have a personality and tell a story. Tell us a story about who you are and have an opinion on things. Brands are made up of people. Unless they're companies filled with robots.

If someone's googling your website, they're going to want to pick someone who stands out to them.

If they don't like how our brand and personality is then they won’t like the ideas we come up with and the work that we do. We've worked with some really serious brands with our bright pink logo. It's not like we have to only work for clown colleges.

Have a personality and be somebody instead of a generic middle ground that a lot of corporations find themselves in. I think it's a big mistake because it's boring. It's so boring.

S: My last question for you is what is the number one tip for a growing business owner on how they can get their name out there?

D: I think it goes back to the being good at a platform, posting a lot and being part of a community. That is so important and so easy to do. Being part of the community in terms of commenting, liking and sharing other people's work and other people's thoughts. Go where your customers are.

To get an update every time we publish a new episode of Next Level, subscribe to our channel.