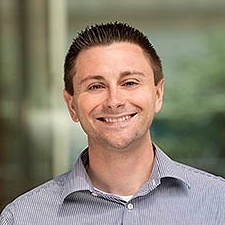 We’re living in a world where virtual reality is a new, exciting household term and that’s pretty darn cool. But in the networking world, we’ve been setting up virtual environments for our computers for years.

What Is Virtualization, Anyway?

Virtualization gives you the ability to run multiple virtual computers on one physical system. I know what you must be thinking. “Why on earth would you want to run a computer on another computer?” It seems counter intuitive, right? Not so!

When you are able to use this special program, let’s call it Hyper-V, that allows you to run a virtual computer application on a physical computer, magic happens!

Your computer has some basic parts, including a hard drive, memory (RAM), processor, Ethernet (internet) connection and more. We can use the Hyper-V program to “borrow” the actual physical computer’s fundamental parts. We can tell Hyper-V to give the virtual computer X amount of RAM and X amount of hard drive space. As long as it doesn’t go over what the physical computer actually has to offer, you can use it.

Why Would You Want to Use Virtualization?

It’s simple. If you consolidate your physical servers into one powerful server, you will save money on electric to power the servers, air conditioning to keep them cool, and other infrastructure you would need to make them operate. Plus, you’ll save tons of time. So the question becomes, “Why not use virtualization?”

Collect your complimentary network assessment with our experts here.

How Do You Know If Virtualization Is Right for You?

This concept isn’t right for every organization. You need to consider whether your organization is ready for virtualization.

If your business is small and has just one server, virtualization might not be right for you. Alternatively, if your company has multiple servers, virtualization is something you need to consider.

If you’re thinking about utilizing virtualization, then we can help. We have the ability to take your existing physical servers and convert them to virtual servers. This process is called physical-to-virtual, or P2V.

Isn’t This the Same as Putting Everything in the Cloud?

Not exactly. If the physical server is in your office running off your electric and your internet connection, it’s not cloud-based. Although the option does exist to take your local servers and move them to the cloud, but that’s a topic for another day…

To find out if virtualization or cloud computing is right for your business, contact us here or call 410.685.5512 to chat with our virtualization experts.