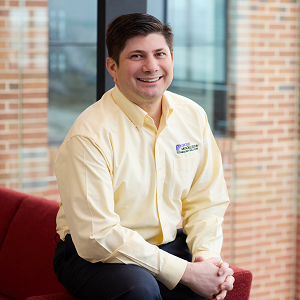 In October, Microsoft released new updates to their programs. If you’re a Microsoft Dynamics GP user, you should know these important changes in your platform…

1. All Updated Versions of Microsoft Dynamics Will Be Called…

Updates will be released at least three times per year, rather than releasing any major version upgrades. To stay current, you will need to install one of the updates each year. For payroll users, this will typically be your year-end update.

2. There Are New Features Available For Microsoft Dynamics GP Users

As part of this release, Microsoft announced that they now support Windows Server 2019 and Microsoft SQL Server 2019.

Thanks to the new release, workflow users can now import and export workflows, as well as change the approver on an active workflow task.

Web client users can save more time with new keyboard shortcuts and the ability to copy and paste journal entries from Excel. 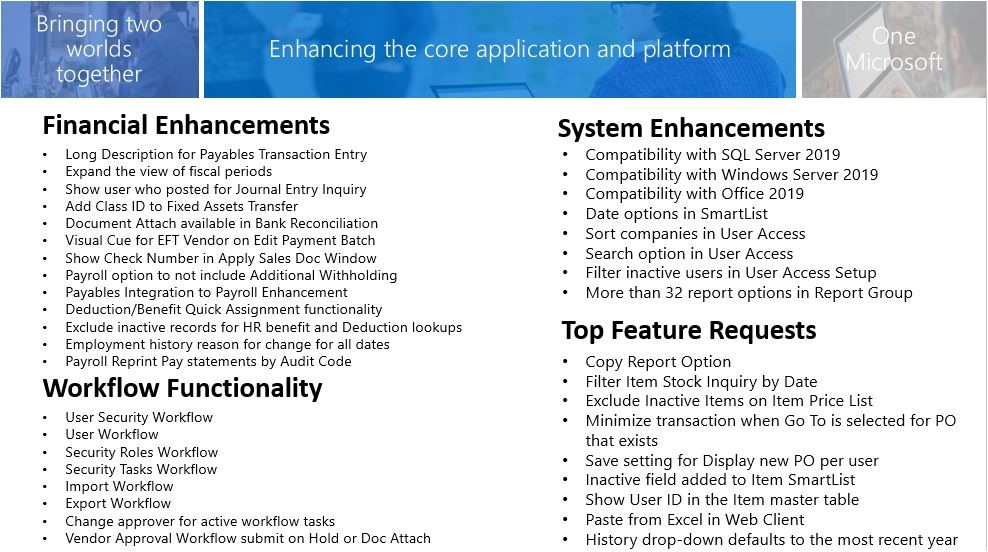 3. You Need To Update If You Are Running Microsoft Dynamics GP 2015

If you have questions about the newest features of Microsoft Dynamics GP, contact us here or call us at 410.685.5512.

With years of experience consulting with clients on ERP software, including Microsoft Dynamics GP, Dynamics 365 Business Central and NetSuite, Michael enjoys helping businesses save time and increase efficiencies by integrating systems together. Anyone who has ever worked with Michael knows that he is passionate about getting the most out of any software package. Michael admits that he cannot escape his “inner geek” – ever. He loves exploring new features in products and learning new technologies so he can apply them to real-life problems, or just play with them for the fun of it.